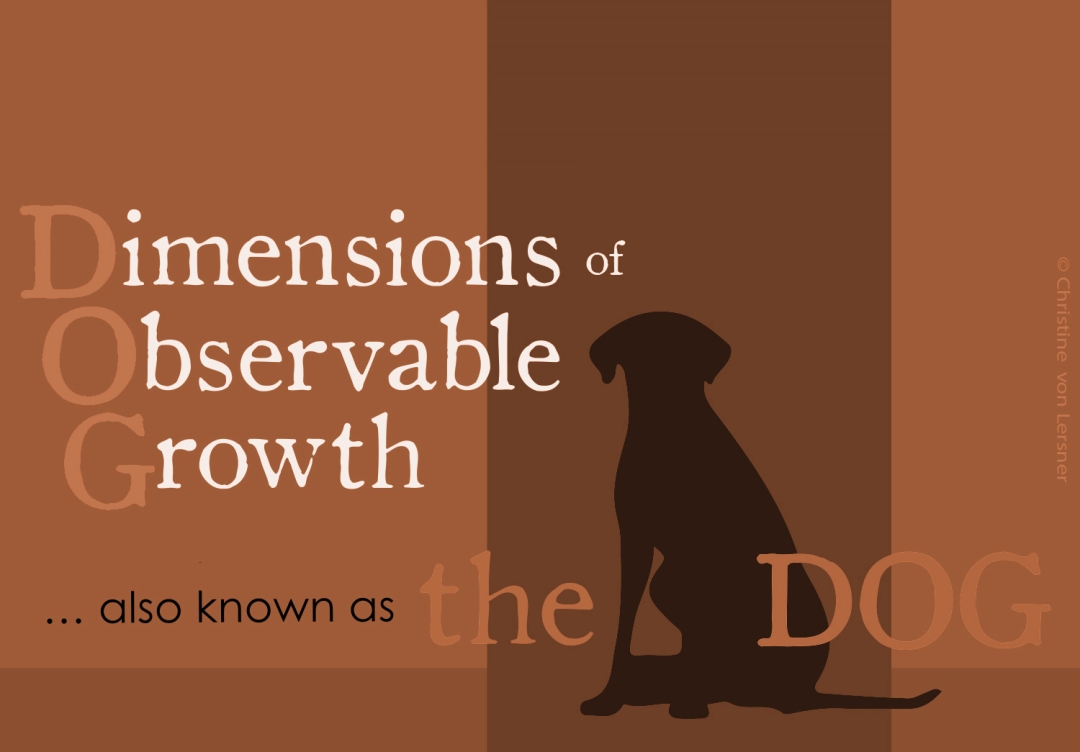 Essential characteristics of The DOG

A number of things became clear as I embarked on construction of the observation rubric I envisioned almost 15 years ago. Several (more professional sounding) names for the tool have been tried, but one moniker kept showing up on our doorstep. We finally relented and brought it in from the cold. The not-kidding-even-a-little-bit observation rubric online is now officially, affectionately, and unapologetically known as The DOG.

• First, I had to accept that this project was likely to be received with skepticism because it hasn’t been developed within a university context and isn’t methodically embedded in an established research tradition.

Yet, stepping outside tradition is a necessary path to a paradigm shift. Consistent users of the DOG recognize that there is value to the collaborative, intuitive, and recursive process through which both the “mother tool” and the individual DOGs evolve.

• Second, no matter how many domains and attributes we recognize and articulate, we must recognize that one of the strengths of the rubric is that it will always offer just the tip of the iceberg of human development – even the development within a well-defined domain.

That the instrument makes no pretense of completeness is a crucial “value added” factor about which we must be explicit in our dialogues regarding this form of assessment.

For this reason, a “hackable” (editable from the ground up) tool is critical. That is, a user can be inspired by the rubric as presented, yet still have the possibility to originate (or expand and elaborate) dimensions and attributes to suit the context in which the assessment is taking place.

The most powerful learning for early implementers has seemed to be that using The DOG well requires us to dismantle our old assessment paradigms and construct a new ones.

It has taken several years of trials to establish practices that make implementing the tool useful and effective.

I'm a board certified Pedagogical Pot Stirrer and licensed Education Hostage Negotiator, working to carve out space and solicit support for the creation of intentional self-directed learning cultures. View all posts by Chris von Lersner